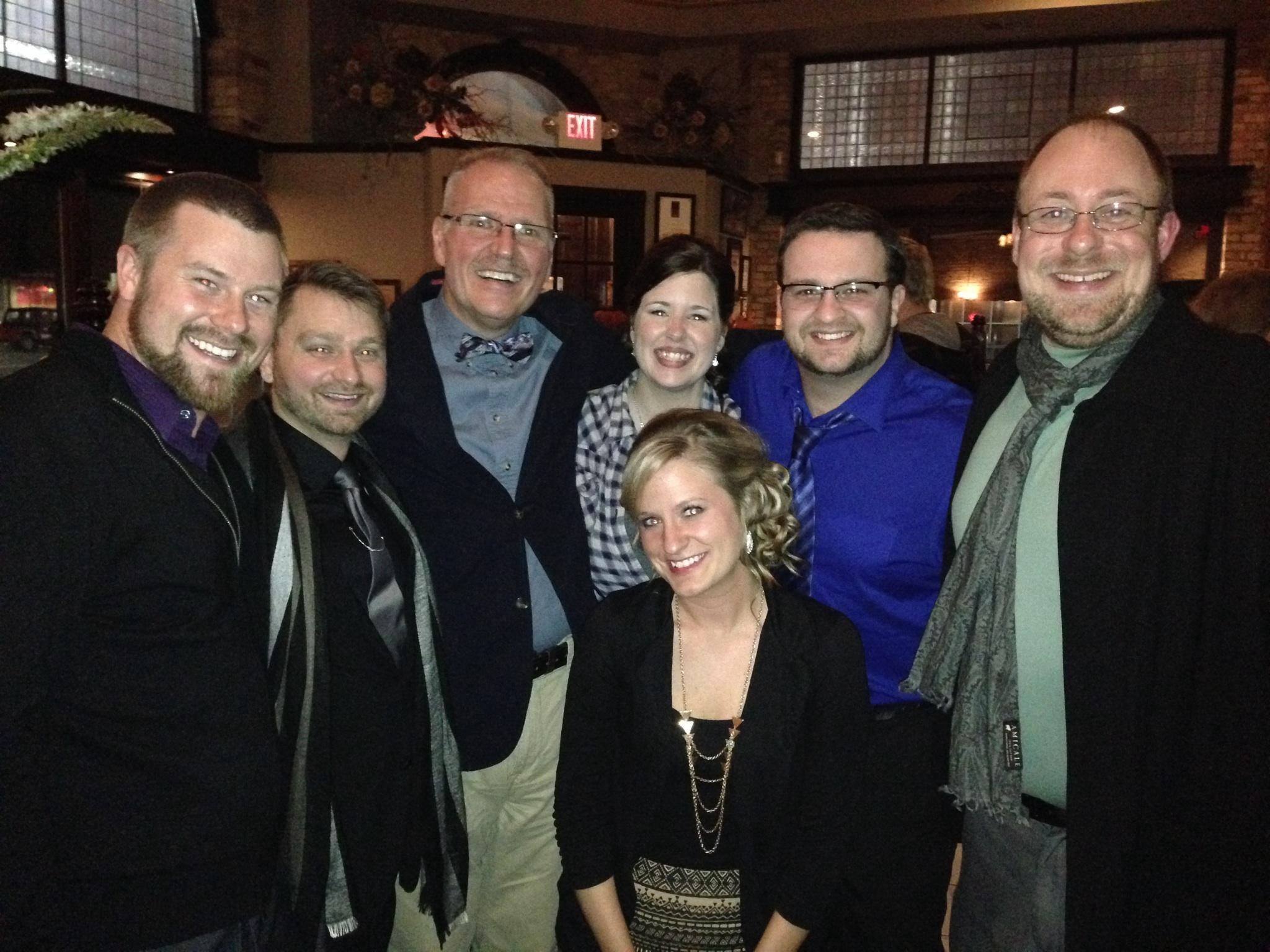 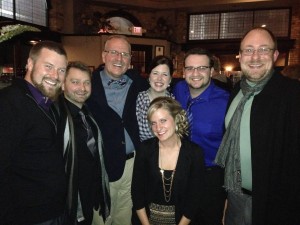 A few weeks ago, the choir and subsequently the 10:30 congregation had an unofficial homecoming of choral scholars.  Three of our scholars, Jeremiah Kraniak (current scholar), Tami Snyder-Knutson (former scholar) and Rachelle Austin (former scholar) were featured soloists at the season opening concert of the Saginaw Choral Society.  That all three of them had a portion of their musical formation occur at St. John’s would have, of course, been enough to brag about.  But the story doesn’t end there.  Also in attendance at the concert that night were former scholars Caleb Knutson and Brad Fergin, there to support their partners.  After an evening of celebrating, congratulating and reuniting with friends, these five scholars did what we all hoped they would and returned to the church they have in common for a great Sunday sing with the choir.

The communion anthem naturally, was inspiring!  But, this is a blessing that goes beyond “good music.”  On this otherwise ordinary Sunday, St. John’s was reminded that we are a community of people, both stable and transient, who are here to remember and support one another.   We don’t need a special occasion to be mindful of those around us, just the presence of mind to see an opportunity when it presents itself.